Home / News / Save your language. Singer Elmira Kalimullina about intuition and the Tatar stage 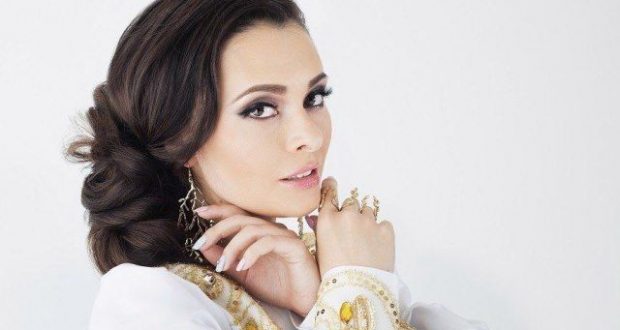 Save your language. Singer Elmira Kalimullina about intuition and the Tatar stage

Save your language. Singer Elmira Kalimullina about intuition and the Tatar stage

A music video premiered on YouTube Russia within the framework of the Together in Your Own project, in which 18 performers in 11 languages ​​sang the Song of Friends, beloved by many generations (There is nothing better in the world). The video features the winners of the vocal competition and the authors of YouTube.

The first line was sung by the finalist of the “Voice” project Elmira Kalimullina. She answered the questions of AiF-Kazan.

Refused to go to the “Voice”

– Elmira Ramilyevna, you graduated from the Kazan Conservatory in the class of academic vocal. How did singing come into your life?

– Our family has always had music. Grandma sang, grandfather danced. Mom has perfect pitch. A decisive role in introducing me to the world of music was played by my aunt, who advised me to send me to a music school in Nizhnekamsk, she taught piano there. Mom did not take my occupation seriously until I reached the final of the vocalists’ competition at the city competition of Nizhnekamsk. There were 24 of us, and 120 participants.

– Many in Tatarstan and Russia found out about you after participating in the Voice show on Channel One in 2012, when you took second place. Remember the call with an invitation to participate?

– Yes, I made the application myself, and when they called me, I … refused to come to the casting. I just had to go on August 28, and on that day, performances at four venues were already scheduled for the Republic Day. I couldn’t let people down. In general, until I came into contact with the “Voice” project, I had no idea how large-scale it was. And when at the other end of the wire they were left at a loss from such a choice, I was surprised. As a result, I somehow sorted out this situation with performances and went to Moscow.

I can’t say that I fully deliberately offered the Golos team songs in Tatar. I simply answered the question: “What else can you do?” But now I am very proud that thanks to the federal project I have become a conductor of Tatar culture to a wide audience. More than once they wrote to me from other countries that for the first time they heard a speech in our language while listening to my speech.

By the way, in Soviet times, the languages ​​of the fraternal republics (Azerbaijani and others) were presented on the stage from the national languages, and Tatar was not among them. Apparently, only now his time has come on federal TV.

– The Google Russia project “Together in Your Own” was created with the support of the Institute of Linguistics of the Russian Academy of Sciences in order to show the linguistic diversity of our country, to support bloggers who create content in their native language. What impressed you?

– It’s amazing how many peoples live in Russia, how many languages! .. How beautiful and sometimes very similar they are. By the way, I have already participated in the Google Russia project – I read the fairy tale “Kamyr Batyr” (“Bogatyr from dough”), it was broadcast all over the world. To preserve national identity, preserving the language is most important, because it gives access to literature, the media, and music.

– How can people of Tatarstan ensure real bilingualism in the family? This can become a problem – for example, in Udmurtia, the Udmurt language is losing its distribution.

– One recipe: talk. We spoke two languages ​​at home, but we also watched performances in Tatar on TV, listened to Tatar radio, my grandmother sang. My brother and wife try to speak Tatar with their son, because outside of the family mostly Russian is spoken. This is a good option. And if the parents do not know the language well, you can enroll in courses with the children. A common cause will even bring them closer, this is teamwork.

You have to start with yourself. If you yourself value your nationality, you study the culture of your people, and do not distance yourself from it, then others will be interested in it.