Home / News / “School of Muslim leader” starts at the capital of Tatarstan, Kazan 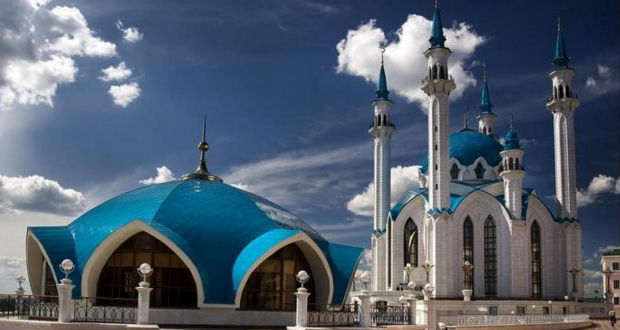 “School of Muslim leader” starts at the capital of Tatarstan, Kazan

The event will include a four-day series of lectures and workshops whose primary purpose is to reveal the socially useful capacity of young Muslims. Also, this event is aimed at preventing religious extremism among young people, the development of social infrastructure of Muslims, promoting patriotism.

Participation in “School of Muslim leader” will take more than 100 participants from Yekaterinburg, Ulyanovsk, cities and regions of Tatarstan.

Participants of the “media” become familiar with management of the information activities in the religious organization, the Muslim journalism and PR, learn how to organize and hold a press conference, examine the specifics of the Internet as a marketing medium impact, the Islamic discourse in the federal media space, get familiar with the ethics of the Muslim journalist and others.

As part of the manager’s unit, participants will be trained in the basics of effective team management, leadership and team building, partnerships with state, municipal and commercial structures, learn how to create a project, form a team, become familiar with examples of creation and development of local Muslim communities in Russia, control and monitoring system of effectiveness and much more.

Basics of oratory, rhetoric, argumentation theory and beliefs, the psychological aspects of personal counseling and social work will teach participants preaching block. Rhetoricians become familiar with the tools of effective flow of information master class on preaching, working with people who are in difficult living conditions, the basics of counseling, etc.

Participants of pedagogical bloc will gain knowledge of basics of pedagogy and psychology, as well as on methods of teaching religious subjects, as well as get acquainted with the program of training courses at mosques, their legal status in accordance with applicable law and the current state of religious education system.

In the role of educators and curators of the groups leading experts in their fields from Moscow, Kazan, Dagestan, Perm, Yekaterinburg, Nizhny Novgorod, cities and regions of Tatarstan will take part. Among them, Maxim Shevchenko, Ruslan Kurbanov, Kashaf Sharif, Yusuf Davleishin Rustam Nurgaleev Mahmoud Sharafutdinov, Aydar Habutdinov, Ilshat Saet and many others.

In addition to lectures and workshops, participants will enjoy group sessions, working with curators, social and role-playing games.

In addition, as part of the school there will be a series of round tables: “Islam in Russia” (Maxim Shevchenko), “Modern public projects” (Ruslan Kurbanov), “The experience of creation and operation of the press service in the religious organization” (Hadji Murad Radjabov) “The interaction of social and religious organizations with the media “(Firdaus Vagapova),” History of Islam in the Volga region “(Mukhametshin),” Current issues of Islamic law “(Rustem Nurgaleev) and others.

The organizers of the educational session comes the Kazan Federal (Volga) University in cooperation with the Russian Islamic University and held within the framework of the Program for Training with in-depth study of the history and culture of Islam.

School participants will also visit the Friday prayer at the Kul Sharif mosque and meet with the mufti of Tatarstan Kamil Samigullin.

The school to be finished by the preparation and presentation from each project, the each group to be assessed by a commission of experts, consisting of lecturers and authors of courses.