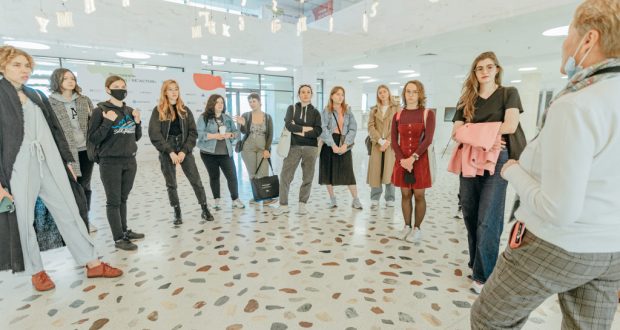 The international festival of new Tatar culture Tat Cult Fest is changing its venue – this year it will be held on August 30 at the National Library of the Republic of Tatarstan and its surroundings, including a concert venue on the roof. Yulia Adgamova, First Deputy Minister of Culture of the Republic of Tatarstan, spoke about this at a press conference in Tatar-inform.

“The stage will be set in 360 degrees so that the performers can be seen from different angles. Both favorite performers and the new duet Yummy Music Band with Alina Sharipzhanova will be presented. Starting at 15 o’clock, the event will end in the late evening,” she announced.

Some venues start as early as noon. Kazan rockers Gauga, the Ommazh synthpop quartet, Chelny metallers Ak Bure, the KGB band led by the first Tatar rocker Deniz Bedretdin, representatives of the Buryat ethno-fusion Namgar and Bashkir pop freshman Timur Yamalov will sing on the big stage in front of the library.

Rappers Usal and K-Ru, the indie folk group Juna preparing a new album, the qaynar laboratory with an invited ensemble of percussionists, adherents of the Bulgarian metal Baradj with an acoustic program, the founders of sabr-pop – the duo noor, Kalmyk ethno -electropunk band Hagrin, Tuva-Moscow trio “Chalama” under the direction of the master of throat singing Radik Tyulyush and the children’s song laboratory Tat Kid Lab.

“The most amazing thing this year is that the music program will be complemented by a multimedia and performative program based on the cultural symbols of Kazan. The library building itself will become a canvas for the mapping show: it will happen when it gets a little dark – the artists will create an installation on the library building itself,” the First Deputy Minister of Culture of Tatarstan emphasized.

The festival will also include playgrounds for children and parents, a showcase of films from the archive of the Prometheus Center and Tatarstan directors, a book fair and a food court.