Home / News / Tatar Autonomy in St. Petersburg invites you to the Sabantuy holiday 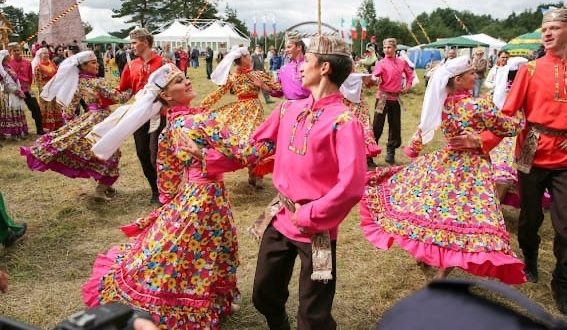 Tatar Autonomy in St. Petersburg invites you to the Sabantuy holiday

Sabantuy is a favorite and ubiquitous national holiday. Thousands of people gather for a traditional folk festival that unites people of all ages and professions, nations and faiths. It became native to all Petersburgers and Leningraders, preserving its national flavor, became a holiday without borders, a holiday of friendship of generations, confessions, peoples. Every year, up to 100 thousand people gather at the Sabantuy in St. Petersburg.

Sabantuy has served as a consolidating center since pre-revolutionary times, because far from the ethnic homeland of the Tatars, it was the only mass national holiday. For the first time in St. Petersburg, the city sabantuy was held in 1913 in the Yusupov Garden. As a permanent holiday, sabantuy was held before the Great Patriotic War starting in 1932. Since 1956 and to this day, Sabantuy has been held near the village of Encolovo in the Vsevolozhsky district of the Leningrad region.

The holiday is organized by the Tatar National Cultural Autonomy of St. Petersburg, with the participation and full support of the city of St. Petersburg, the Leningrad Region, the Republic of Tatarstan, the Republic of Bashkortostan, with the participation of large firms and enterprises, cultural figures and creative intelligentsia.

In the holiday program:

Tatar folklore village
Traditional national competitions: searching for a coin in a bowl with a katyk, climbing a pole, breaking pots “blindly”, lifting weights and carrying stones, fighting with bags on a log
Concert program on three stages with the participation of collectives of Tatarstan, Bashkortostan, St. Petersburg and Leningrad region.
National wrestling on belts “Korash”
Tasting dishes of Tatar and Bashkir national cuisine
Sports competitions
Fair of Decorative and Applied Arts and National Crafts