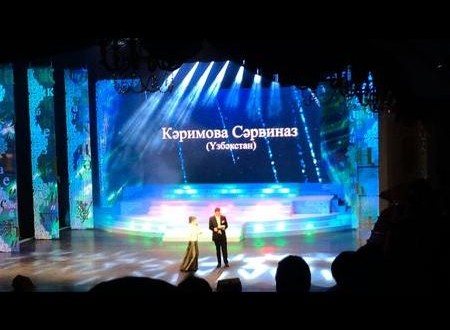 A solemn closing ceremony of the II International Olympiad on Tatar language and literature was held at Tatar Academic State Opera and Ballet Theatre named after Musa Jalil (Kazan). The theater honored the winners of the Olympiad. The event was attended by President of the Republic of Tatarstan Rustam Minnikhanov and Deputy Prime Minister – Minister of Education and Science of the Republic of Tatarstan Engel Fattakhov.

300 pupils and students, who have shown the best results in the distant tour in internal stage of the Olympiad in Kazan took part. 33 foreign students were among them.

Uzbekistan was represented by 4 contestants: Elvina Fattakhova , Ilnura Fattakhova , Sarvinaz Karimov, Nurangiz Gareeva . They brightly presented their home works on all directions of intramural tour. As a result, a student of the Tashkent Institute of Architecture and Construction – Sarvinaz Karimov awarded the diploma of III degree of the Ministry of Education and Science and memorial tablet computer. 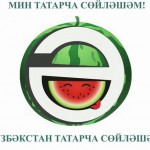 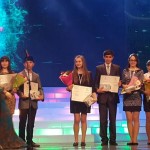 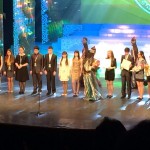 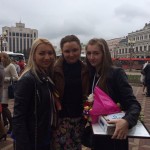