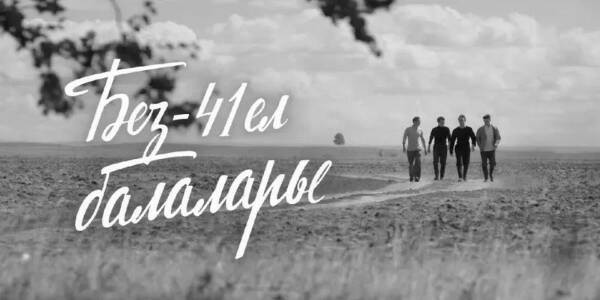 Days of Tatarstan in the Republic of Sakha will be held in Yakutsk from June 22 to June 25, a presentation of four Tatarstan films – “Apipa”, “Isanmesez?” (“Are you alive?” in trans. from Tatar), “Hosanna” and “We – 41 ate balalars” (“We are children of 41” trans. from Tatar).

The Days of Tatarstan in the Republic of Sakha are timed to coincide with the celebration of the 100th anniversary of the formation of the Yakut Autonomous Soviet Socialist Republic and at the same time are an exchange cultural project – in June last year Kazan hosted the Days of the Republic of Sakha in Tatarstan. (TASSR celebrated the 100th anniversary of its formation, we recall, in 2020, but due to the pandemic, many projects were postponed until a more favorable time). Then exhibitions of Yakut artists, theatrical performances of Yakut groups were opened in Kazan, and the Days of Yakut cinema “Legends of the Olonkho Land” were held.

The return visit in June of this year will be attended by the director of the State Budgetary Institution of Culture of the Republic of Tatarstan “Tatarkino”, producer Milyausha Aytuganova, the chairman of the Union of Cinematographers of the Republic of Tatarstan Ildar Yagafarov, the directors of the presented films Ilshat Rakhimbay and Alexei Barykin.

Screenings will start on June 22 at the Lena cinema. The first Yakuts will be shown the musical comedy “Apipa” with the participation of theater and stage artists. Then Ildar Yagafarov’s drama “Isanmesez” (“Are you alive?” Translated from Tatar). This film, we recall, at the XVII Kazan International Muslim Film Festival won the Prize of the President of Tatarstan “For Humanism in Cinematography” and the Audience Award. On June 23, the feature-documentary film “Hosanna” directed by Alexei Barykin and the full-length feature film “Without – 41 ate balalars” (“We are the children of the 41st year” in translation from Tatar) by Amir Galiaskarov will be presented. The main events will take place on June 24-25 with the participation of the leaders of the republic, activists and veterans.