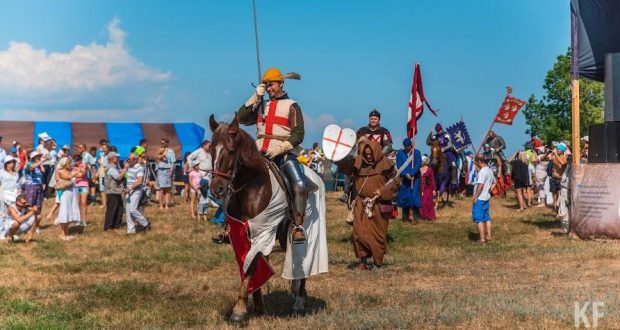 Booking tickets for the Great Bolgar International Festival of Medieval Combat, which will be held on August 13-14 as part of the 1100th anniversary of the adoption of Islam by the Volga Bulgaria, has opened in Tatarstan.

The event is attended by Russian and international clubs of historical reconstruction from the regions of the Volga, Central, Ural and Siberian federal districts. the event will recreate the life, culture and military equipment of the XIV-XV centuries – the heyday of the Middle Ages.

Fairs will open at the site, incendiary old dances, fire shows, performances by animators and folklore concerts will be performed.

In 2020, due to the coronavirus pandemic, the festival was moved to the end of September; in 2021, it did not take place. You can book tickets from June 1, buy from July 1 online on the festival website or in the event group on Vkontakte through the platform of the festival’s official partner, the Tripaggregator ticket service.

Offline tickets can be purchased during the event at the box office of the entrance areas.

Earlier, KazanFirst wrote that the All-Russian festival of medieval battle “The Great Bolgar” will be held on August 13-14 at the Bulgarian Historical and Architectural Museum-Reserve. More than 5 million rubles will be spent on its organization. The corresponding tender appeared on the public procurement website.