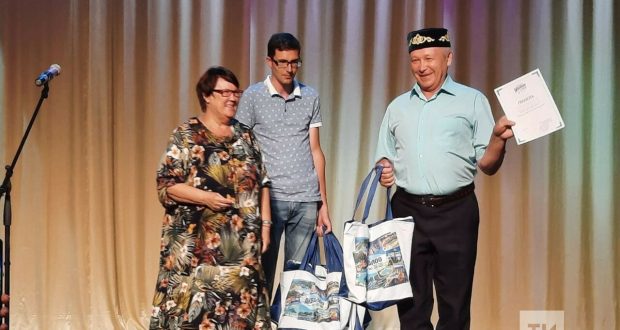 Honored Worker of Culture of the Republic of Tatarstan Rinat Mukhutdinov took part in the All-Russian television festival “Play an accordion on the Black Sea”. He entered the top ten best accordion players in Russia this year.

Filming took place on the Black Sea coast. The best harmonists of Russia were determined for the 12th time within the framework of such a competition. The recognized most talented musicians were awarded diplomas and medals.

“It’s nice when something to which you dedicate your whole life is highly appreciated. At the festival I played the Tatar national harmonica. I am glad that I was able to adequately represent the culture of the republic,” Rinat Mukhutdinov said in an interview with Tatar-inform.

The first “Golden Ten” of the best accordion players in Russia gathered in 1999 in Novosibirsk. All musicians of the future “dozens” are selected taking into account the opinions of viewers and concert guests. Calls and letters to the mail received at the address of the TV program are also taken into account.

The top ten accordionists of this year also included musicians from the Belgorod and Tambov regions, the Republic of Altai, as well as Saratov, Vladimir, Vologda, Sochi, Novosibirsk. Performers from more than 30 regions of the country took part in the competition.

The last time the festival was held six years ago. Among the Tatarstanians, only virtuoso harmonica player Rustem Valeev was previously awarded the title of the best harmonica performer in Russia.

Rinat Mukhutdinov is a musician-instrumentalist, author of teaching aids and a teacher of playing kurai, kubyz, button accordion, accordion, talyanka. He is also the leader of the ensemble “Tatar Harmonics”.