Home / News / The “Altyn kalum – Golden pen”: the application campaign of the XXVI Republican festival of children’s, youth and youth press has opened 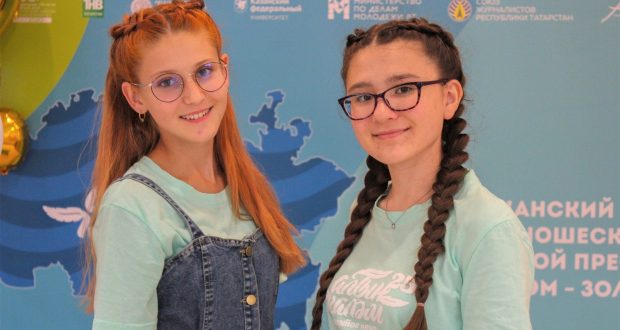 The “Altyn kalum – Golden pen”: the application campaign of the XXVI Republican festival of children’s, youth and youth press has opened

From 23 to 27 July 2021, the XXVI Republican Festival of Children, Youth and Youth Press “Altyn Kalum – Golden Pen” will be held at the Volga Youth Center. Traditionally, young journalists from 10 to 20 years old (students of educational institutions of general and secondary education) will become participants of the festival. Note that this year  number of participants increased by 50 people.

Getting the opportunity to study and work with media professionals, create your own newspaper, podcast, television program or create a concept for a personal blog, as well as try your hand at receiving the main award – budgetary education at the Graduate School of Journalism and Media Communications K (Volga) FU – one of the opportunities festival.

The application campaign of the Festival will run from June 23 to July 15, 2021. The selection takes place in two stages: first, you need to prepare a portfolio and fill out an application using the link.

ttps://forms.gle/rAQgKwzfRTq22jaQA. The second is to complete the task in the application (the conditions will be posted in the official VKontakte group). The final lists will be approved and published between 17 and 20 July 2021.

In 2021, the Festival will be held in 9 areas: print journalism (Russian and Tatar), television, video blogging, radio, podcasting, design and layout, photojournalism, MMC. One of the innovations was the inclusion of a new direction – podcasting.

Based on the current agenda of the information field of the Republic of Tatarstan, 6 main themes of the festival were determined:

Traditionally, the main winners of the festival – the Grand Prix winners – will have the opportunity to study at the Kazan Federal University with a degree in Journalism or Television Journalism in Russian and Tatar languages ​​at the expense of a grant allocated from the budget of the Republic of Tatarstan by the decision of President Rustam Minnikhanov. In addition, each of the participants has the opportunity to get an internship in the publications of the Republic of Tatarstan and the press services of youth organizations, municipal authorities.