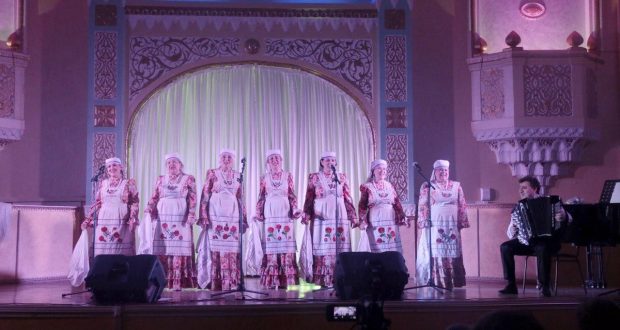 The evening passed with a full house: about a hundred guests gathered for the concert.

After almost every song, the audience shouted “Bravo”, and during the performance of the last songs, some began to dance. At the end of the concert, one of the spectators, addressing the collective, said: “Sez without nyk moladygyz!”

“We live in Lyubertsy and have come here. For the first time, I brought my granddaughter Milana to the concert, she is eight years old. The atmosphere at today’s concert was homey. Some songs – folk songs that I heard – I knew, sang along, and some I heard for the first time. I really liked it here, ”Sania Zagidova shared her impressions.The Tatar Cultural Center hosts weekly concerts, creative evenings and meetings.

On April 4, the poet-composer, singer Zufar Gubaidullin and the “Duslar” ensemble will perform in the assembly hall, and next week, on April 10, a concert of the “Shayan” ensemble will be held at the Tatar  Cultural Center