Home / News / Vladimir Krasilnikov: “We are only glad that our children know the Tatar language” 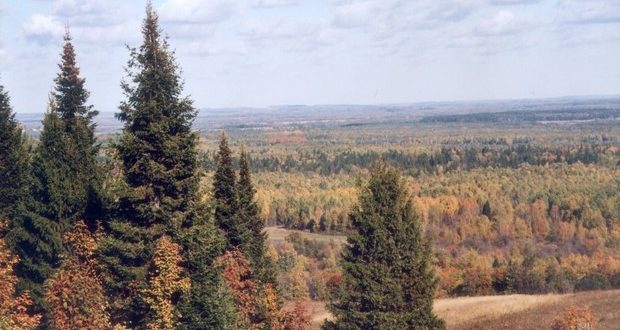 Vladimir Krasilnikov: “We are only glad that our children know the Tatar language”

Being an Udmurt by nationality, he speaks Tatar more skillfully than many Tatars. He considers it his duty to know his native language. “Communication in one language does not in the least interfere with the study of another,” says Vladimir Krasilnikov, a resident of the village of Biktovo, Agryz District.

“I’ll teach you how to speak our way!”

Vladimir himself comes from the Kiyasovsky district of Udmurtia. When his parents settled in Biktov, the boy was only 3 years old.

It should be noted that the Krasilnikovs came to Biktovo in search of work. Having found a home to live in, they decided to settle here. Biktovo is located on the border with Udmurtia. From here to the Udmurt villages – a stone’s throw.

– When I started going to Biktovsky kindergarten, I learned to speak Tatar. At home they spoke Russian, – says Vladimir.

And so that the son knew well his native language, his parents sent him to school in a neighboring Udmurt village.

– Primary school teacher Kristina Ivanovna, I remember, sternly said: “I will teach you to speak our way!” Indeed, she fulfilled her promise. Now, when we meet with her, we remember these words with a smile, – says Vladimir.

After graduating from elementary school, he continued his studies in the Udmurt village of Staraya Monya. There, the knowledge of the Udmurt language acquired new facets.

Since then, as they say, a lot of water has flowed under the bridge. Vladimir married a girl Galina from the Malopurginsky region. They have six children. Senior Alexei and Mikhail have already served in the army. Nikita, Alexander, Dmitry are still schoolchildren. Masha goes to kindergarten.

Alyosha and Misha served in the Pacific Fleet at the same time. Last year, Alexey was invited as a guest to the morning broadcast of “Manzara” on the TNV channel in honor of the Day of the Marine Corps, which is celebrated on November 27. The host of the program Ildar Kiyamov did not fail to draw attention to the fact that the guy speaks excellent Tatar.

– Whatever questions we asked during the program, you answered us in Tatar, building completely correct phrases. Throughout the conversation, I admired your beautiful speech, ”he sincerely praised the Udmurt guy.

In general, all the children in the Krasilnikov family speak excellent Tatar.

– What language do you use at school? – I’m interested in boys.

– It depends with whom, – the guys are smiling. – If necessary, we speak Tatar, sometimes we switch to Russian.

And at home they mostly speak Russian.

– Not all children know the Udmurt language yet. The elders Alyosha and Misha know how to talk. Others only understand a little. But I am for all our children to know their native language, because at one time I managed to learn it. They will learn too, ”the head of the family says firmly, leaving no room for doubts.

Ours among the Tatars

According to Vladimir, in the Tatar and Udmurt languages ​​there are many words that are common in meaning and similar in sound. For example, words such as baka, kiyar, vakyt, sandyk, miskin, uram, nachar (frog, cucumber, time, chest, poor man, street, bad) have the Tatar and Udmurt pronunciation and meaning identical.

– When I speak Tatar, mentally I always select words that are similar to my native language, – says Vladimir.

He admitted that he listens to Tatar songs with pleasure. And Galina, according to her husband, is also not indifferent to the Tatar art of song. Tatar songs, according to the music lover, have a gift to touch hearts.

– We are only glad that our children know the Tatar language. After all, the more languages ​​you know, the better. This is real wealth! – the senior and junior Krasilnikovs are sure.