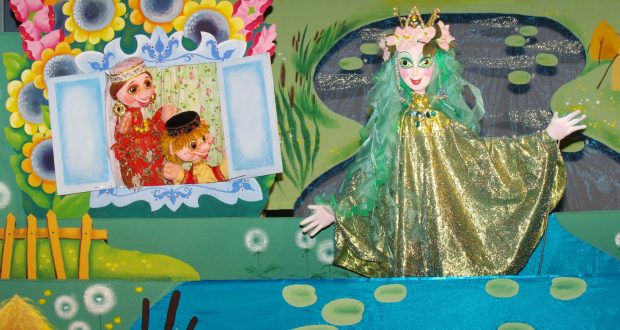 The Ekiyat Puppet Theater will show its performances in Kemerovo

On April 12, the collective of the Tatar State Puppet Theater “Ekiyat” will go on tour to Kemerovo, the press service of the theater reports.

The collective will show performances on the stage of the “Puppet Theater of Kuzbass named after Arkady Gaidar” from 14 to 17 April. During this time, Kemerovo spectators will see the most interesting theater performances based on Tatar folk tales – “Three daughters” by Adel Khairov, in Tatar language “Su anasy” (Water) based on the work of Gabdulla Tukai staged by Z. Husniyar and “Flower-seven-color” by Valentin Kataev staged by Boris Weiner.

In addition, as part of the tour, the team of the Ekiyat puppet theater will meet with representatives of the Tatar diaspora of the Kemerovo region.

The management of the “Ekiyat” puppet theater notes that tours make it possible to gain new contacts, obtain an objective assessment of achievements in art, exchange unique experiences between colleagues, and interact with the regional public.

The idea of ​​a tour exchange between the puppet theaters of Kemerovo and Kazan will be implemented this year for the first time.

The tour will take place within the framework of the agreement between the Republic of Tatarstan and the government of the Kemerovo region “On trade and economic, scientific and technical, social and cultural cooperation.”