Home / News / The literary    contest  “Saums, Kazan!” Starts in the capital of Tatarstan 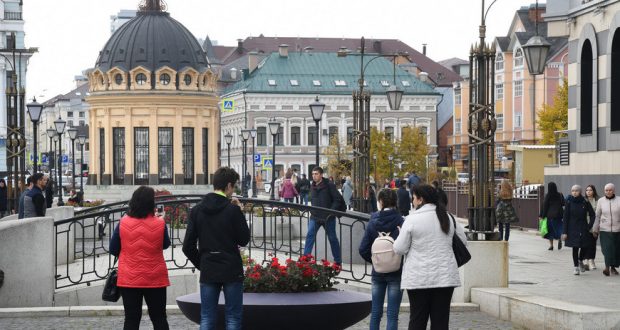 The literary    contest  “Saums, Kazan!” Starts in the capital of Tatarstan

The contest of prose works “Saums, Kazan!”, Dedicated to the capital of Tatarstan, starts in Kazan. It is held with the aim of forming a literary and artistic image of Kazan, popularizing reading and supporting modern writers.

The competition is organized among participants of two age categories: from 18 to 35 years old and from 35 years old and older. Authors writing in the state languages ​​of the Russian Federation can take part in it. Works in other languages ​​of the peoples living on the territory of the Republic of Tatarstan must be sent with an interlinear translation into Russian or Tatar. Only one work, previously unpublished anywhere, is accepted from one participant. Applications can be sent from April 5 to July 31 inclusive to the e-mail [email protected] contest  with  note “For the competition“ Saums, Kazan! ”.

Summing up the results will take place on the day of the City Day, August 30. The winners in each age category will be awarded cash prizes, and it is also planned to publish a book with competition entries.

The expert commission, upon agreement, will include writer, director of the Tatar PEN Center, editor-in-chief of the Kazan Almanac Akhat Mushinsky, poet, screenwriter and musician, laureate of the Star Ticket, Debut, Triumph awards Anna Russ, Candidate of Philological Sciences , associate professor of KFU Gulfiya Gainullina, prose writer Galimzhan Gilman, poet, translator, member of the Union of Writers of the Russian Federation and the Republic of Tatarstan Galina Bulatova. When evaluating the works, the compliance with the proposed theme of the competition, the originality of the author’s artistic techniques in disclosing the theme and creating images, compliance with all the conditions of the competition will be taken into account.

More information on the terms of the competition can be found here.