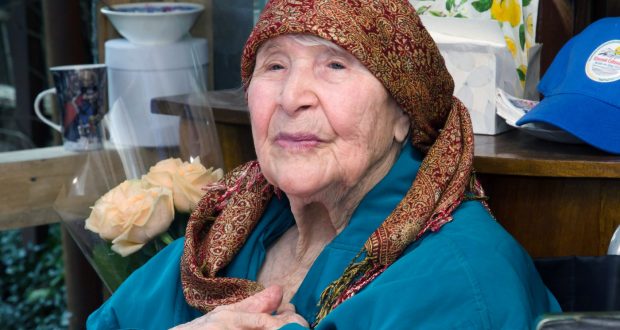 The oldest Tatar woman on the Don celebrates her centenary

The centenary is celebrated by the oldest Tatar woman on the Don, who was born in Soviet Russia, four months before the founding of the USSR, Miftyukha Kasimovna Dashkina, she turns 100 years old.

Over the past hundred years, two world wars and several revolutions have broken out in the world. People invented insulin and atomic weapons. Dozens of animal species have gone into oblivion, several nationalities have disappeared from the face of the planet.
A living witness of these global events is Miftyukha Kasimovna Dashkina, a pensioner from Rostov-on-Don. On August 23, she turns 100 years old.

The oldest Tatar woman on the Don was born in Soviet Russia, four months before the founding of the USSR. Miftyukha Kasimovna had a hungry childhood, war and six years of blindness. But she, nevertheless, retained her love for life and faith in people. The Donetsk woman shared the secret of her longevity with the AiF-Rostov correspondent, and at the same time she told what it means to be a Tatar in the Rostov region.