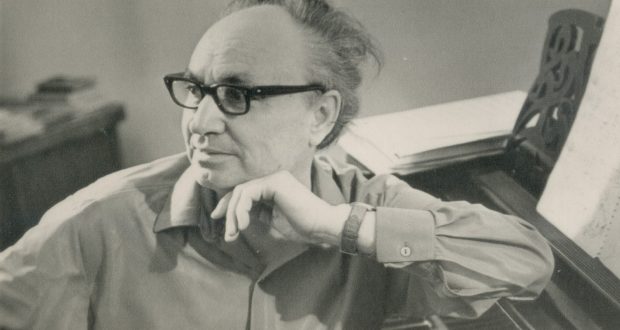 The son of the Tatar composer, author of eight operas Nazib Zhiganov – Ivan Zhiganov – will transfer materials from his father’s personal archive to the Russian National Museum of Music. These are manuscripts, diaries, stories, letters and scores, said on Saturday the general director of the museum, honored art worker of the Russian Federation Mikhail Bryzgalov, whose commentary was provided by the press service of the Russian National Museum of Music.

“After discussing with Ivan Zhiganov, the son and heir of an outstanding Soviet musician, artistic director and director of the Domisolka Children’s Musical Theater, the issue of preserving and popularizing the composer’s manuscript archive, we came to a mutual agreement to transfer the fund to the Russian National Museum of Music,” he said …

As Bryzgalov clarified, it is about transferring to the museum the personal archive of composer Zhiganov, this is a literary and musical heritage: manuscripts, diaries, stories, scores and letters, including Dmitry Shostakovich, Aram Khachaturyan, Genrikh Litinsky and other famous composers. First of all, this is necessary for entering materials into the state catalog of the Museum Fund of Russia, as well as for opening wide access to the composer’s heritage to domestic and foreign specialists.

“I hope that in the near future it will be possible to present these materials at the exhibition spaces of the Museum of Music and the Museum-Apartment of N. G. Zhiganov in Kazan, which is part of the Association of Music Museums and Collectors. It is very important for us that the archive of such a significant Soviet composer is presented both in the capital of our country and in Tatarstan, ”Bryzgalov said.

According to him, Zhiganov is a major figure in Russian musical culture, the composer’s creative heritage is of great museum value and is of particular interest to the professional community. Today, materials related to Zhiganov’s life are kept in the N. G. Zhiganov Museum-Apartment (a branch of the National Museum of the Republic of Tatarstan) and in the funds of the Russian National Museum of Music. These are sketches of costumes for performances of operas and ballets in Kazan, scenes from performances, including the tour of the Tatar Opera and Ballet Theater in Moscow in 1986, publications and recordings of works, rare photographs and a number of other valuable materials.

January 15 marks the 110th anniversary of the birth of Zhiganov (1911-1988). He is the author of eight operas, three ballets, 17 major symphonic works, suites, songs, a large number of chamber, vocal and instrumental compositions. For more than 40 years Zhiganov headed the Kazan State Conservatory, now the institution bears his name. In Kazan, a street in the Soviet district is also named after the Tatar composer.