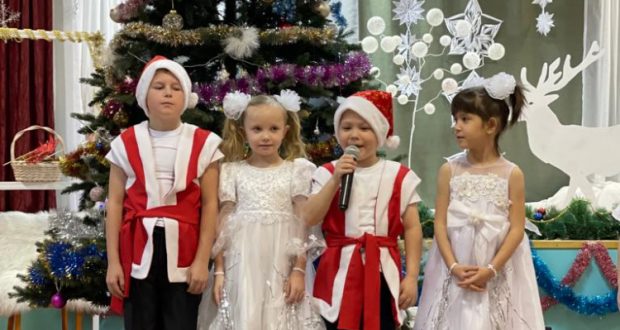 On the 20th day of the month Jumadal-Avval, Tchistopol Mukhtasibat held a charity event for children in the Anas mosque. The program of the holiday included intellectual quizzes, educational games, logical riddles, collection of puzzles, magic tricks for children and adolescents from 3 to 17 years old. Pupils of large, low-income families, orphanages, foster parents, as well as children with disabilities were invited to the traditional annual event by muhtasibat. Representatives of the Chistopol Mukhtasibat and the guys from the # YashStories project, created to unite teenagers, were especially active in organizing the holiday.

Competitions for children began with the blessing of the imam-mukhtasib of Tchistopol, Muhammat khazrat Kiyamov, and the head of the Council of aksakals of the Tchistopol mukhtasib, Farit Galimov. Then the children were divided into groups, showed their skills and abilities at 4 stations. They recited suras from Kur’an and recited poems, answered quiz questions, solved riddles, assembled puzzles, and made an applique with stickers. Then a dry ice trick was shown. About a hundred children took part in the quiz, the winners of the games received prizes and had lunch with their parents. Mukhtasibat expresses his deep gratitude to the Union of Muslim Youth of Tchistopol, representatives of #YashStories, sponsors who took an active part in organizing this charitable event.