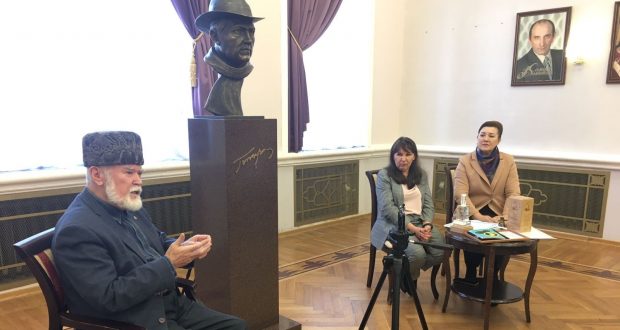 The first guest of the meeting was the People’s Writer of the Republic of Tatarstan, laureate of the Gabdulla Tukay Prize Rabit Batulla. The writer, playwright, publicist, who made a great contribution to the study and popularization of the heritage of Karim Tinchurin, told the students of school No. 13 of the city of Kazan about Tinchurin’s acting, directing, and writing activities. The students were also interested in the history of the creation of Karim Tinchurin’s famous works “Blue Shawl”, “Faded Stars” and “Kazan Towel”. According to the head teacher of school No. 13, Fidania Gubaidullina, the lessons are facilitated by the study of the native language, literature and culture.

At the museum of the Tatar State Theater of Drama and Comedy named after Karim Tinchurin, lessons-meetings “The Light of the Unquenchable Star” will be held regularly every Friday with the participation of students from Kazan schools. The speakers at the event will be scientists, artists, writers.