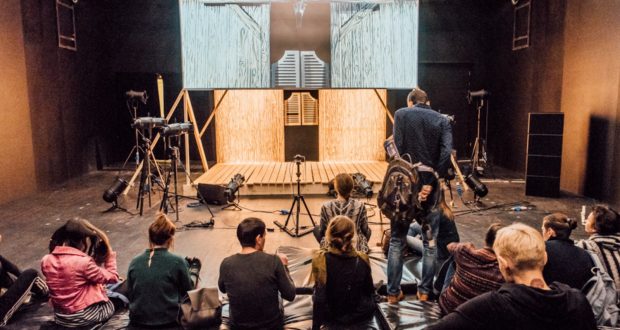 Republican action “Cinema + Theater” will be held in March

On March 4, at 11:00, a press conference will be held at the Tatar-inform news agency (Dekabristov st., 2, 1st floor) dedicated to the launch of the Republican action “Cinema + Theatre”. The press conference will be attended by the director of the State Budgetary Institution of the Republic of Tatarstan “Tatarkino” Milyausha Aytuganova, the director of the TGAT named after. G. Kamala Ilfir Yakupov and Honored Artist of the Republic of Tatarstan Fanis Ziganshin.

The Cinema + Theater project was first implemented in the Year of Theater in Russia – in 2019, then the performances that became the national treasure of Tatarstan were shown on the big screen. The Republican action “Cinema + Theater” was extended due to the unprecedented excitement among the audience.

During March at the cinema “Mir”, during the year in the municipal cinemas of the republic the best performances will be shown, which are no longer in the repertoire, but they are still of great interest to the viewer. It is worth noting that this will not only be a broadcast of performances, but also creative meetings, communication between the public and the actors of the Kamal Theater, which will reveal many secrets associated with famous productions.

The project will open in Kazan on March 6 with the famous production directed by Farid Bikchantaev based on the parable of the Ossetian playwright, actor and director, Honored Worker of the Russian Federation Georg Khugaev “Kara chikman” (“Black cloak”), 2002.

Performances from the theatre’s archive were also offered to municipal cinemas that operate in the Tatarkino chain. Today, the schedule for 2022 is being formed and these performances are being integrated into the repertoire plan, taking into account work with different distributors.