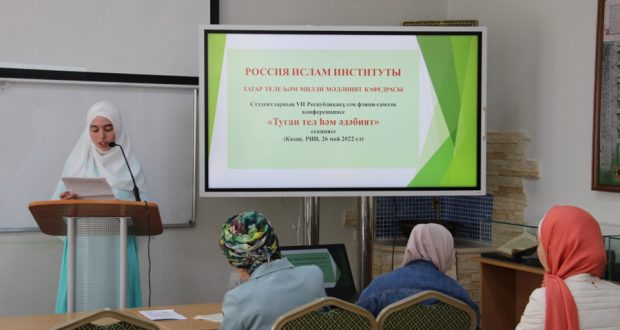 The Russian Islamic Institute is hosting the 7th Republican Student Conference “Modern Youth and Spiritual Values ​​of the Peoples of Russia”.

The annual scientific event this year is dedicated to the celebration of the 1100th anniversary of the adoption of Islam in the Volga Bulgaria.

The rector of the RII noted that modern youth should remember their roots, their history.

– We often hear that today’s youth should be advanced, creative, but for this it is not enough to use social networks and various chats every day. You also need to know your history well, understand it, rethink it and draw conclusions. Ultimately, this will lead to the fact that we will be proud of our history, – said Rafik Mukhametshin.

And about. the rector of the Bulgarian Islamic Academy emphasized the importance of celebrating the 1100th anniversary of the adoption of Islam by the Volga Bulgaria.

– Undoubtedly, the adoption of Islam by our ancestors was an epoch-making event that determined for centuries the further course and nature of the development of Islam in Russia, the Tatar people and many peoples of Russia. This event ensured the contribution of Russian Muslims to the general Islamic and global cultural heritage, – said Ainur Timerkhanov.

After the completion of the welcoming speeches, the conference continued its work within the sections – Islamic theology in Russia: history and modernity; theological education through the eyes of young scientists; native language and literature; foreign languages ​​and cultures in a multi-confessional space; media and advertising processes in modern society: approaches to the study, evolution, prospects.