Home / News / Today will be a gala evening dedicated to the 75th anniversary of the Kazan State Conservatory named after N.G. Zhiganov 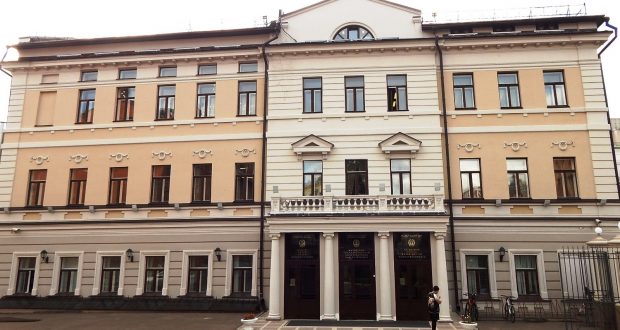 Today will be a gala evening dedicated to the 75th anniversary of the Kazan State Conservatory named after N.G. Zhiganov

Today, December 13, at 18:00, a gala evening dedicated to the 75th anniversary of the N.G. Zhiganov Kazan State Conservatory will take place. The event will take place on the stage of the M. Jalil Tatar State Academic Opera and Ballet Theater.

The program of the concert will include performances by university graduates and students, students of the Conservatory Special Music School. Among them are: the soloist of the Mikhailovsky Theater Damir Zakirov (St. Petersburg), Honored Artists of Tatarstan Ilyusa Khuzina and Aydar Suleimanov, the soloist of the TAGTOiB named after M. Jalil Lyubov Dobrynina, soloist of the TAGTOiB named after M. Jalil Denis Khan-Baba, laureates of international competitions Aisylu Salman Ayrat Ganiev, Zulfat Fakhraziev (piano), Wang Yuqian (piano) and others. Young performers will also appear on the stage – students of the Special Music School of the Conservatory, scholars of the New Names Foundation Grigory Gritskov (clarinet) and Sofya Ivanova (piano).

The choir of the Tatar State Academic Opera and Ballet Theater named after M. Jalil will also take part in the concert. The combined choir, uniting three generations – schoolchildren, students and graduates, will sound the voices of 170 musicians.

The conductor’s stand that evening will be the People’s Artist of Russia and Tatarstan, artistic director and chief conductor of the State Academic Academy of Arts of the Republic of Tatarstan, professor of the Kazan Conservatory Alexander Sladkovsky; Honored Art Worker of Tatarstan, Professor Rinat Khalitov, Head of the Symphony Orchestra of the Conservatory Evgeny Afanasyev.

The program includes Russian, Tatar and foreign classics, as well as works by contemporary composers.