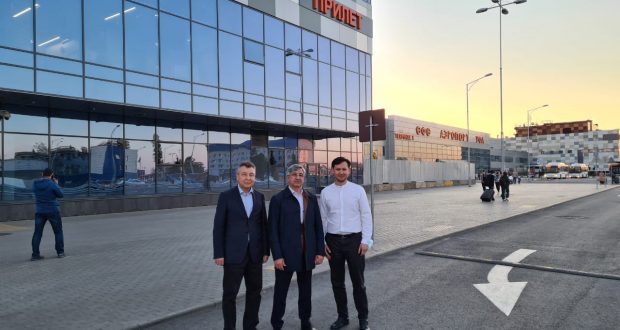 Vasil Shaikhraziev arrived on a working visit to Bashkortostan

The Chairman of the National Council, together with the leaders and active members of the Tatar community, Tatar public organizations of Bashkortostan, representatives of the Tatar intelligentsia, religious leaders, took part in the Iftar Mejlis.

Tomorrow, May 7, Vasil Shaikhraziev will meet with  Prime Minister of the Government of the Republic of Bashkortostan Azat Badranov. Later, in the Miyakinsky district, he is going  to  visit the park named after Galyanur Bukharaev, a member of the underground organization of the Volga-Tatar legion “Idel-Ural”. Also,  chairman of the National Council will take part in planting trees in honor of 11 heroes of Jalil.