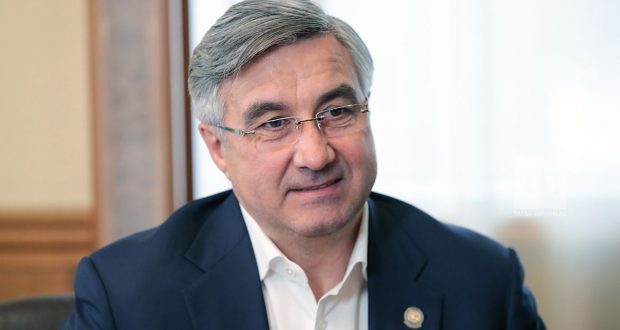 Vasil Shaikhraziev arrived on a working visit to Yakutsk

Deputy Prime Minister of Tatarstan, Chairman of the National Council of the World Congress of Tatars Vasil Shaykhraziev arrived on a working trip to Yakutsk.

At the Yakutsk International Airport, he was met by the chairman of the Tatar cultural center “Tugan Yak” of the Republic of Sakha (Yakutia) Igor Khalilov.

Today Vasil Shaykhraziev will visit the site of the Friendship of Tatarstan-Yakutia alley, as well as the sites of Ysyakh and Sabantuy (architectural and ethnographic complex Ust Khatyn). As part of the work program of the Deputy Prime Minister, visits to the National Art Museum, the State Opera and Ballet Theater of the Republic of Sakha (Yakutia) named after D.K. Sivtsev-Suorun Omolloon, and the Center for Tatar Culture in Yakutsk are envisaged.

We remind  that from June 22 to June 24, the Days of Tatarstan will be held in the capital of Yakutia.