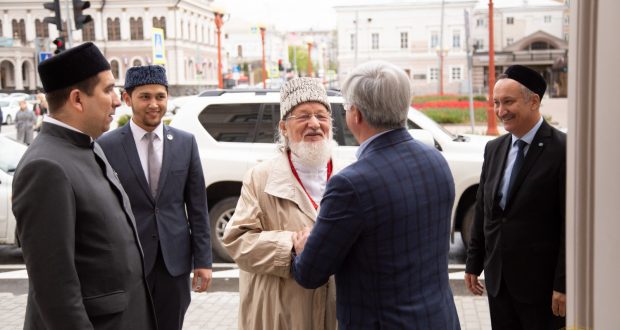 Today, the Prime Minister of the Republic of Tatarstan, Chairman of the National Council of the World Congress of Tatars Vasil Gabtelgayazovich Shaykhraziev met with the Supreme Mufti of Russia, Chairman of the Central Spiritual Administration of Muslims of Russia Talgat Khazrat Tadzhutdin. The meeting was held in the building of the World Congress of Tatars.

They talked about the events organized in honor of the 1100th anniversary of the adoption of Islam by the Volga Bulgaria, within the framework of which the All-Russian gathering of Tatar religious figures is being held in Kazan from May 19 to May 21, 2022.