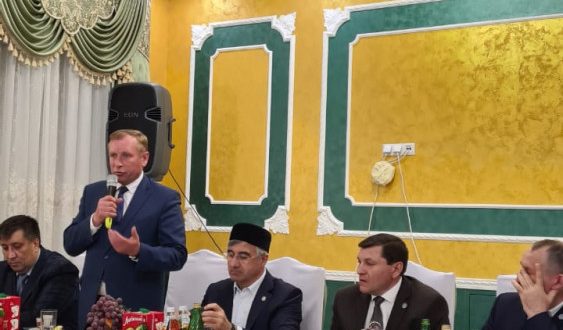 Deputy Prime Minister of Tatarstan, Chairman of the National Council Vasil Shaikhraziev, during a working trip to the Republic of Mordovia, met with representatives of Tatar public organizations and leaders of the “Club of Tatar Entrepreneurs”. The event during the iftar was also attended by the heads of the Lyambirsky and Romodanovsky regions.

The event began with a commemoration of those killed in the tragedy at school No. 175 in Kazan. All speakers express their deep condolences to the people of Tatarstan.

Deputy Prime Minister of Tatarstan, Chairman of the National Council Vasil Shaikhraz welcomed  the audience. He acquainted them with the activities of the World Congress of Tatars, as well as with preparations for the All-Russian rural Sabantuy.