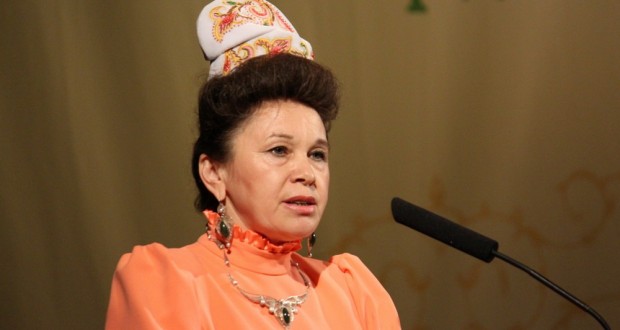 Women’s rights in the modern world

International Scientific and Practical Conference “Muslim woman: human rights in the modern world”, dedicated to the 35th anniversary of the UN Convention on Elimination of All Forms of Discrimination against women took place in Kazan.

The forum was attended by Head of the Forum of the World Bureau of Tatar women, Chairwoman of the Republic of Tatarstan Tatar women “Ak kalfak”, Candidate of Philology Kadriya Idrissova.

Kadriya Idrisova spoke at the section: “The role of the NGO of Tatar women” Ak kalfak “in raising national awareness among the younger generation”.

God created human being 21 thousand years ago, and from that time until today, none of us has asked the question “Why do I have five fingers on a hand?” Or “why Allah Almighty has given us two heads?”. No one complains, and no one knows the answers to questions as to why we have two arms, two legs, eyes, ears, one head, one nose and mouth. Each of our internal organs has a certain function, and they are all important for proper operation. If even one member of the human body fails, the damage will spread throughout the body, and deviations start with us. No matter how hard scientists and doctors, doing various experiments, studying human body, they still have not solved all the mysteries of the human brain and intelligence. Throughout the world, there is no likeness to a man. We have no idea what a great perfection we have been granted with. Once Allah Almighty has given us such wealth, then we, in turn, should and must strive for impeccable and noble deeds. And on a par with our rights, we need to know our responsibilities. Let us think. Before we begin any work, we carefully ponder everything. For example, before you build a house, the first thing we draw a project, and how we refer to continuation of our generation? How far we think about this? What we do for development of national self-consciousness of the child? Whether we think about it? The emergence of self-consciousness is composed of equal steps. Studying oneself, the self-control appears, and you become an adequate manager of your body and soul.

In the development of national consciousness the most important is element of the history based on truth. Therefore, the history of every nation must be proved by facts and published utmost in its true form.

Veneration of the material and spiritual values is a deep respect for the nation and personalities of the people. Every nation, every society has its own ways and means of existence and prosperity, enjoys its own traditions, its own identity and its own peculiarity.

Every nation, based on the ideals of beauty and climatic conditions of residence has its own clothing, crafts and etiquette table manners. All of these features, each representative of the nation should pass on from generation to generation, to their children. What the company “Ak kalfak” is engaged in? In the family, the child is born. If we translate literally, the Tatars have an expression: “Cradle Baby – is the door to a big life.” In recent years, attention to the traditions of “Baby ashy” is paid, the attention to the choice of a name for the baby, that is, naming ceremony, also the first cutting the hair and nails need special attention, carefully lullabies for baby are selected.

For example, in kindergartens and nurseries of Aznakaev region children fall asleep under the lullabies. Now we are

engaged in search and collection of lullabies from different regions. Our goal – to collect as much material, record them on audio CDs and distribute to kindergartens.

Folk songs are performed by the representatives of the nation with love and awe. In human life, folk songs are very important, their specifics are very original. One of our goals is the use of folk songs in the schools instead of the standard ring that contributes to the development of national consciousness of children. This experience is already in use at the gymnasium №12 for girls.

Another direction in which we are engaged, is the revival of domestic crafts. For example, in Aznakaev and Vysokogorsk regions we hold holidays collecting strawberries and birch brooms for a bath. Our people for a long time in a very close and intimate relationship with nature, and such activities also reinforce the love of work. After the holiday party, collected berries and twigs were handed to the sick and the elderly.

To awaken the national spirit of the people one needs only aspiration. Face of the people shows their clothes. We strive to revive the national elements of the Tatar costume. In this regard, we have organized workshops on embroidery of kalfak and izu. From September 8 to 9, 2014, the National Cultural

Center “Kazan” gathered 86 representatives of the fair sex, who were very satisfied by this event.

Also today we jointly with students of Kazan Federal University (KFU) are collecting folklore. More than 100 children and youth games have been collected and processed, in the near future we plan to release a CD with these materials.

2015 – Year of the literature. In this regard, we are going to organize a competition for Tatar writers and artists entitled “The role and place of Tatar women in Tatar society and the family.” The next year before the III International Women’s Forum, the World Congress of Tatars announce the list of winners of this contest, and the best works of Tatar writers and artists will be published in a separate volume.

The preservation of national identity, the revival of rituals and customs, respect for the mother tongue, exhibitions by artisans and craftsmen are the responsibilities of each woman. We have to understand and accept as a duty before our people.

I wish you peace of mind, happiness, health and prosperity.