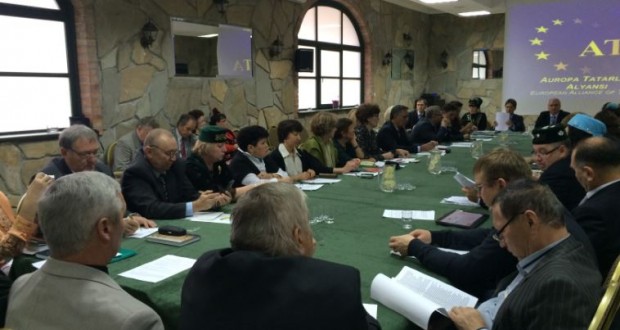 Work of Tatar organizations in the European Union discussed in Gdansk

A Round-table of Tatar community Auropa Tatarlary Alyansi (ATA) themed “Tatar organizations in EU countries: experience of interaction with historical homeland” commenced its work on October 18 in the Polish city of Gdansk. About 20 associations of Tatars from all over Europe are presented at the meeting, which runs from October 17 to 19, settled at the hotel “Szymbark.” This year, Europe’s largest non-governmental organization of Tatars has been joined by representatives of Sweden and Hungary.

Guests of honor at the event were Consul General of the Russian Federation Alexander Karachevtsev in Gdansk, Adviser of the Department for Relations with Compatriots Abroad Ministry of Foreign Affairs of Russia Oksana Tsareva, Chairman of the Executive Committee of the World Congress of Tatars Rinat Zakirov.

During his speech in front of compatriots Rinat Zakirov spoke about the growth of consolidation Tatars around the world – and this is about 500 unions at various levels in 37 countries. The World Congress of Tatars for 23 years of its existence, has come a long evolutionary path, with all its independence by

working together with the federal and republican authorities. “Even for those 12 years of my presidency – said Rinat Zakirov – I feel a great change in the forms of cooperation with Diaspora, with organizations of Tatars. Earlier, people, for example, covered Congress calls with financial requests, and now their independence, social activity is perceived. “Particular point is a youth movement with its unique forms of work, he added.

Being also a member of the State Council of the Republic of Tatarstan, Rinat Zakirov told European Tatars that Tatarstan was proud of their success, always happy waiting and receiving at the historic homeland.

The work of expanded meeting of Auropa Tatarlary Alyansi included reports by the delegates from Belgium, Bulgaria, Great Britain, Germany, Lithuania, Poland, Czech Republic and Estonia. Of particular interest was a co-organizer of the event – President of the People’s Center of Culture of Tatars of the of the Republic Poland Jerzy Shakhunevich.

In her speech, Ph.D. from Bulgaria Albina Valiev-Khairullina told about Eurasian studies, as well as the ideas and perspectives on organization of short-term language courses for children in the European space. Doctor of Political Sciences, Assistant to Plenipotentiary Representative of the Republic of Tatarstan in France for Compatriots Richat Sabitov briefly

presented his book “Modern Russian federalism and the Republic of Tatarstan”, published in France. Opinion of students engaged in scientific research at universities in Europe, expressed the representative of Belgium Regina Valeeva, she graduated from schools in Leuven (Belgium) and Leiden (The Netherlands). R. Valeeva regretted European Tatar youth for their limited access to electronic publications and wished to expand number of primary sources in the Tatar language, existing in electronic format.

Venera Gerasimova – Vagizova practically voiced the thoughts of all Tatars compatriots in her emotional speech. Whether Tatars preserve their national space outside of their historical homeland, in places today’s habitation – depends on the position of each. “We can not be half the Tatars, it can not be half-man half-Muslim or Christian, – she said. – The task of each family, even if it is mixed, to try to preserve their language and traditions. Even if we can not fully convey Spoken Tatar, our duty – to convey the spirit of the Tatar people. ”

In turn, chairman of the ATA Flyur Sharipov said that this forum of Tatars of Europe presents active and working members of two dozen countries, each leader brings with him a wealth of positive experience and is ready to carry out large-scale joint projects. 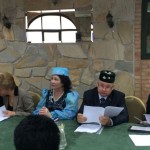 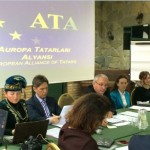 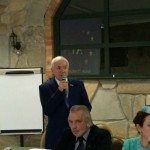 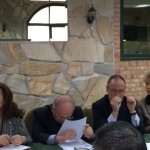 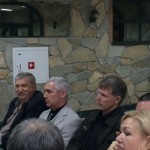 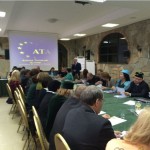 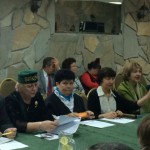 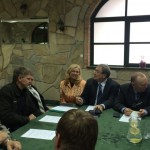 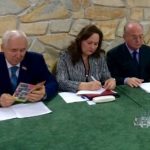