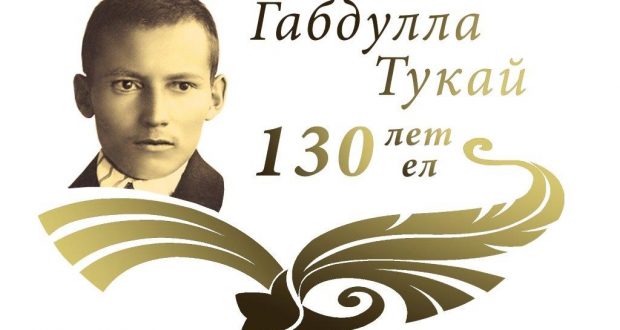 Day 26 April, in Kazan, Tatarstan, Moscow and St. Petersburg, was held under the sign of Tukai.

The events were very different, to tell all is almost impossible, it seems no one institution of culture and education in Kazan and Tatarstan was left on the sidelines.

The main events took place in Kazan. In the morning the President of the Republic of Tatarstan Rustam Minnikhanov, State Counsellor Mintimer Shaimiev, Tatar intelligentsia, officials, delegates of Tatar women forum, students and teachers of Kazan school students took part in a ceremonial laying flowers at the monument to Tukai.

Then, the opening of a memorial plaque on the wall of the theater of the young spectator took place. At this historic building, October 14, in 1908, Gabdulla Tukai first publicly read his famous poem “Hay market, or a

new Kisekbash”. A memorial plaque reminds us of this event.

The festivities continued near Tukai monument at the Opera and Ballet Theatre named after Musa Jalil by a concert of folk groups. Street performance turned into traditional poetry festival. Here were also the announced laureates after name of Gabdulla Tukai award of year 2016.

Institute of international relations, history and oriental KFU Khairutdinov Ramil Ravilovich, archaeologist Bugrov Dmitry Gennadievich – for the creation of artistic and spatial installations of exposition “Bulgarian civilization. The road by length in Millennium.

At two o’clock at the Musa Jalil Tatar State Academic Opera and Ballet began gala concert, at which the President of the Republic of Tatarstan presented awards new State Prize laureates.

Then, wishing, especially families with children could continue at the updated holiday park “Kyrlay. There was a big concert of creative collectives of Kazan.

At four o’clock in the street Bauman the action “Min Tatarcha syolyashyam” organized by the Forum of Tatar youth started.

On the same street Bauman in the hotel complex “Nogai”(the former printing house), an exhibition dedicated to the 130 anniversary of Tukai opened .It was possible to see editions of the beginning of the 20th century, to make multimedia journey to memorable places, see the illustrations to his works, to hear his poems.